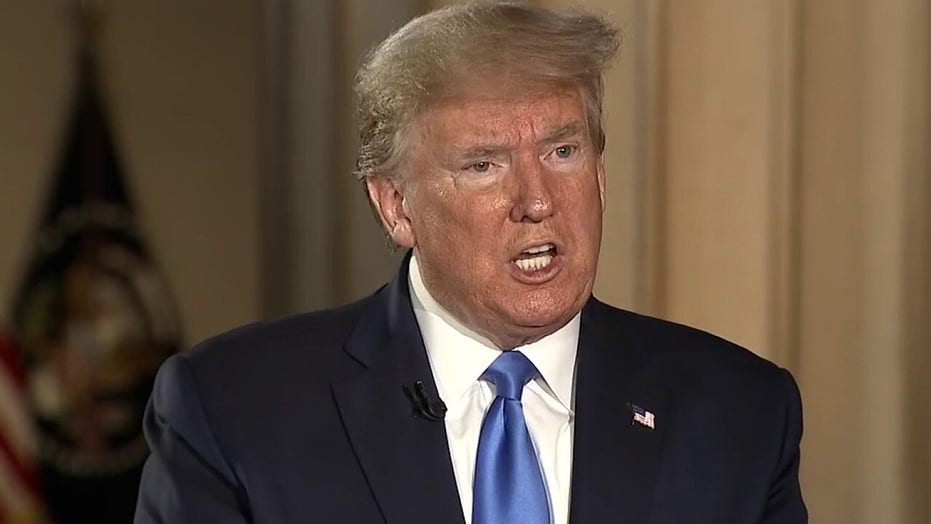 President Trump answers a question about his 'bullying' of the press during the White House coronavirus task force briefings at his Fox News town hall.

President Trump defended his growing list of contentious exchanges with reporters Sunday night during Fox News' virtual Town Hall, telling moderators Bret Baier and Martha MacCallum, "If I was kind to them, I'd be walked off the stage."

The president argued, "I am greeted with a hostile press the likes of which no president has ever seen."

"The closest will be that gentleman up there," he continued, gesturing toward the statue of Abraham Lincoln at the Lincoln Memorial. "They say nobody got treated worse than Lincoln... I believe I am treated worse. You see those press conferences. They come at me with questions that are disgraceful... their manner of presentation and their words. I feel if I was kind to them, I would be walked off the stage."

Trump was responding to a question submitted by Carolyn Perkins, a retired nurse and elementary school guidance counselor who urged him to abandon his use of "descriptive words that can be classified as bullying," and instead hold on to the "wonderful attributes that make you our great leader."

Trump had sparred frequently with journalists during the daily coronavirus task-force briefings in the weeks after the coronavirus started to spread, turning much of the question-and-answer sessions into reflections of the media's frayed relationship with the president.

"They come at you with the most horrible horrendous biased questions," Trump said. "You see it. 94 to 95 percent of the press is hostile, and yet... we have tremendous support... but the media might as well be in the Democrat party." 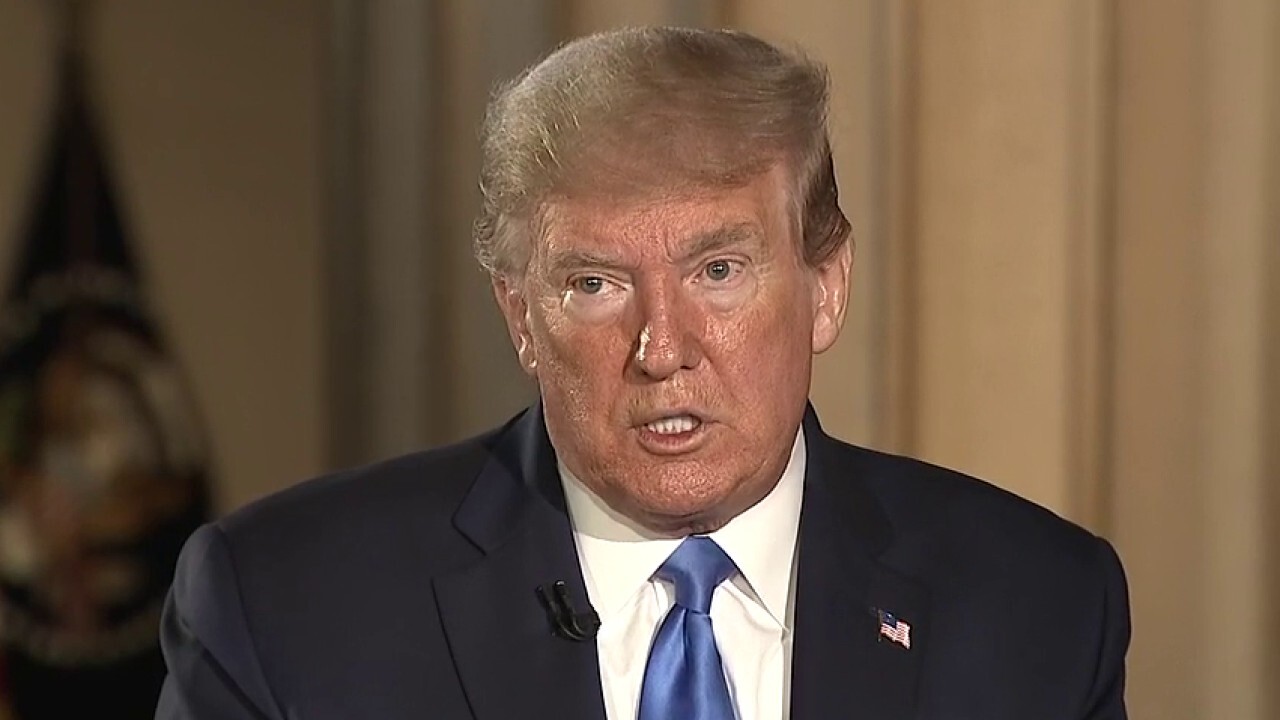 Trump voiced frustrations that despite accomplishing "more than any other president in history," he has been met with a "very hostile press," as he put it.

"I look at them and say, what is your problem? I think we have done more than any other president in the history of our country."

"We rebuilt our military. We had the biggest tax cut in history... yet we have a very hostile press," Trump went on. "Nobody has seen anything like this."

Yael Halon is a reporter for Fox News.